Earlier this year, Better Energy applied for a zoning decision to build a solar park near Viuf and Håstrup in the municipalities of Kolding and Vejle. As described in the application, the solar park covers 347 hectares, of which more than 129 hectares will be used for nature restoration, trail systems, recreational areas, and re-establishment of streams. The solar park will increase biodiversity and open the landscape to the local area, so neighbours will have access to new nature areas and recreational opportunities.

Green electricity production must be ramped up tremendously if Denmark is to become a net exporter of green energy by 2030. According to the Danish government, this requires at least a ten-doubling of solar power. At the same time, we must ensure that our shift to renewable energy is carried out as cheaply and efficiently as possible and that local democracy is not sacrificed in the name of the green transition. Fortunately, solar parks can help restore Danish nature and open the landscape up for neighbours.

The solar park at Viuf and Håstrup, which is in local planning process until expected approval in March 2023, is in many ways unique in its scale and ambitions for local value creation: 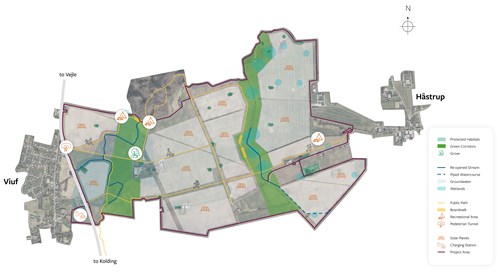 Click here for high resolution version of the map.

The local communities of Viuf and Håstrup were involved very early in the development process through general public meetings and through individual meetings with neighbours and representatives from local community associations. The goal has been to address concerns, but the conversations have also largely been about finding local solutions that were widely supported.

Early on, this led to the involvement of civic associations from Viuf and Håstrup. Chairman of Viuf Community Association, Nicolai Asmussen explains:

“It is a big change for the area, so it’s important that we get local value from it. In both Viuf and Håstrup Community Associations we decided early on that we would have a constructive dialogue instead of manning the barricades.”

Specifically, this has resulted in local forces birthing many of the initiatives in the project application.

“The pedestrian tunnel under the main road came up as a spontaneous idea through conversations between locals. You don’t just walk across a busy main road, but the tunnel is going to make large nature areas accessible to everyone. As a developer, Better Energy has been good at listening and taking both our concerns and ideas seriously. And this shows in the project application.”

“There are still some who are against the project, but I think that the general feeling is really positive because we put our local stamp on so many things,” Nicolai Asmussen concludes.

Kolding and Vejle municipalities headed forward in the green jersey

Both Kolding and Vejle municipalities are part of the collaborative efforts in the Triangle Energy Alliance, where the ambition is to connect players across sectors and create large amounts of green fuels through power-to-X. This requires even larger amounts of new, green and subsidy-free electricity.

“The climate crisis means that we need to move fast on sustainable electricity produced by wind and solar. In Kolding City Council, we are committed to realising the green transition in dialogue with our local communities, so that the projects also locally give something back. I am pleased that the process in Viuf demonstrates how local dialogue can not only contribute to preventing the most challenging problems during development but also foster concrete suggestions on how the projects can ensure improvements in recreational opportunities, groundwater protection, biodiversity, road safety, etc. I look forward to following the further planning process for this project,” says Mayor of Kolding Municipality Knud Erik Langhoff (K).

Both Kolding and Vejle municipalities have approached the task with a high degree of professionalism, attentiveness and focus on making things happen – and done so with a project that tries to break the framework for what is “customary” and “possible”. The municipalities have succeeded in creating good space for dialogue and connecting citizens, politicians and developers in a mutual ambition to create sustainable solutions for an accelerated green transition.

“This process has shown that with early involvement and good dialogue with local communities, we can create results that not only benefit the green transition but also provide added value to the local communities. We hope that the process will be an inspiration for others working towards the green transition”, says Gerda Haastrup Jørgensen (V), chair of the Technical Committee in Vejle Municipality.

Local involvement is the key to the green transition

The key to succeeding, says Esben Billeskov, director of development at Better Energy, is locally rooted:

“The prerequisite for the development of initiatives in solar parks, where the area is used for several purposes, is that they have emerged and create value locally. We will only achieve green transition at scale if we can secure local support.”

Better Energy, which set up more than half of new green electricity capacity last year in Denmark, has already built several solar parks where biodiversity and environmental considerations play a key role.

“The more land we manage, the greater positive impact we can have. When we build solar parks, we consider both groundwater interests and biodiversity from the start. So, as we establish more solar parks, it will also be possible to spread biodiversity efforts over larger areas,” explains CEO of Better Energy Rasmus Lildholdt Kjær.

He expects the work to regenerate different types of nature – and also the work creating recreational areas, hiking trails, nature playgrounds and similar initiatives – will intensify in the future and emphasises that the lasting synergy effects arise in close dialogue with the local communities and organisations such as the Danish Society for Nature Conservation.

Therefore, Better Energy and the Danish Society for Nature Conservation have just drawn up a framework agreement for the establishment of renewable energy, which incorporates nature conservation and initiatives that support biodiversity.

“The project application in Viuf clearly shows that it is not only  possible to increase biodiversity and protect groundwater when new green electricity production is built but also possible to open up the landscape so that more people can enjoy our Danish nature,” says Maria Reumert Gjerding and points out that the framework agreement should serve as inspiration for what requirements the municipalities and local communities should have for new green electricity production.

Main elements of the framework agreement

To an even greater extent than today, the Danish Society for Nature Conservation and Better Energy want solar and wind farms to 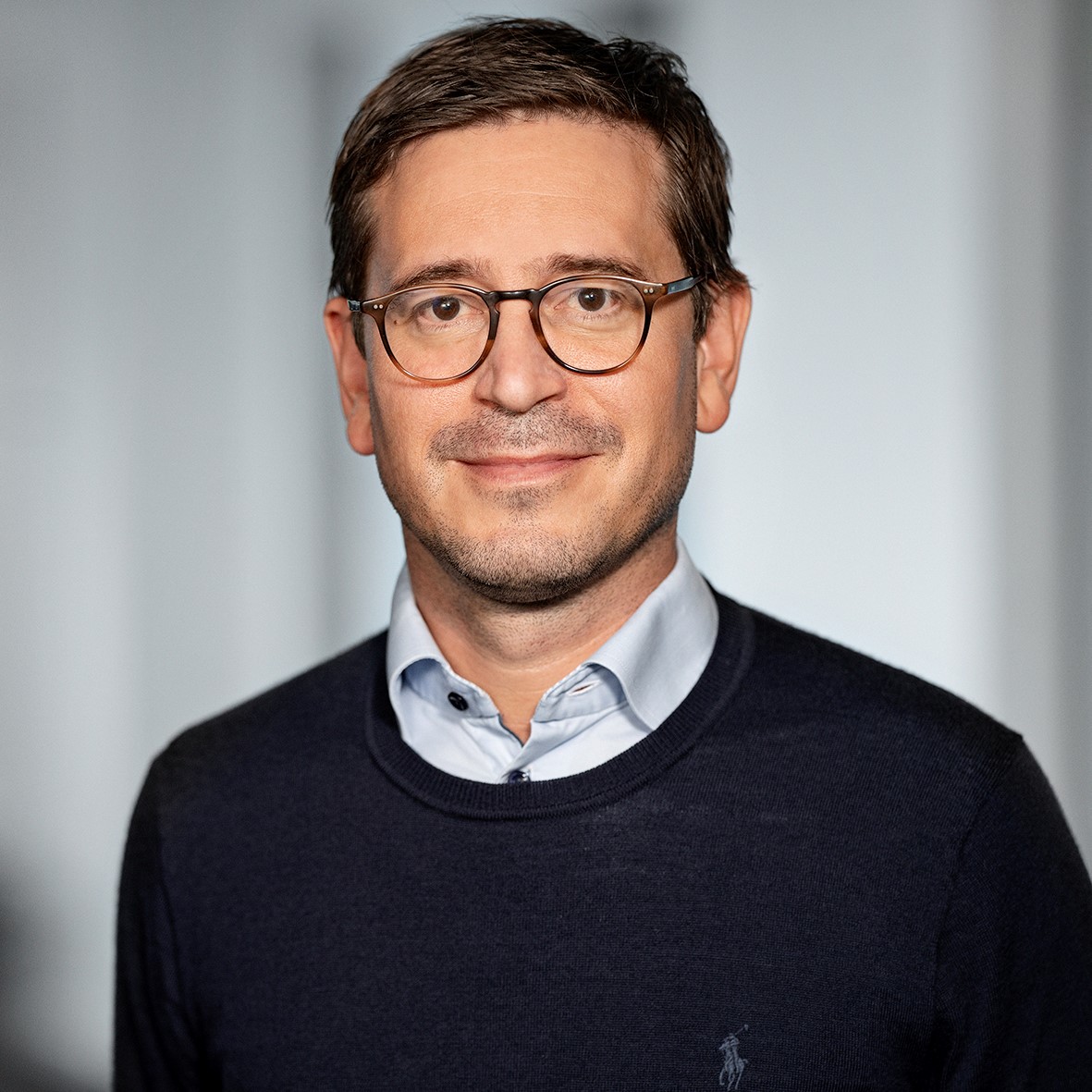